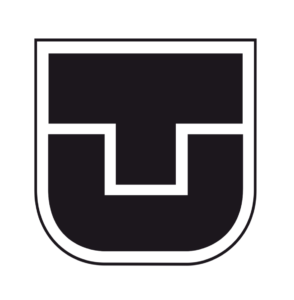 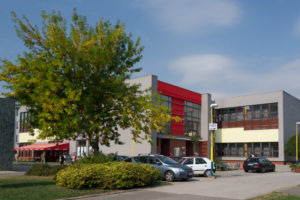 The Technical University of Košice was founded in 1952, but its roots must be sought much deeper in the past. As early as 1657 the Universitas Cassoviensis was established in Košice, but technical education in Slovakia was only elevated to higher – education level in 1762, when the Austro-Hungarian monarch Maria Theresa established the Mining Academy in Banská Štiavnica. This provided education and promoted research activity in a group of scientific disciplines ranging from ore mining through to production and processing of metal materials. The origins of higher technical education in Košice reach back to 1937, when the M.R.Štefánik State Technical College was established in the city. Teaching was supposed to start in the academic year 1938/39, but the pre-war events following the Vienna Arbitration caused the college to be moved first to Prešov, then to Martin and finally to Bratislava, where it remained and later formed the basis for the Slovak Technical University in Bratislava.

The true birth of the Košice Technical College came on 8 July 1952, when the Czechoslovak Government issued Directive No.30/1952 Statutes setting up three faculties, namely the Faculties of Heavy Engineering, Mining and Metallurgy. These were joined in 1969 by the Faculty of Electrical Engineering and in 1978 by the Faculty of Civil Engineering. The important event of the renaming of the College into the Technical University of Košice occurred on 13 February 1991. In 1992 the Faculty of Professional Studies was set up in Prešov, which was transformed in 1996 into today´s Faculty of Manufacturing Technologies.The year 1992 also saw the introduction of the Faculty of Economics, which meant that the University outgrew its original framework of purely technical disciplines, and it continued in this trend in 1998 with the founding of the present-day Faculty of Arts.The Faculty of Aeronautics of the Technical University of Košice was established on January 1, 2005 as a successor of the Air Force Academy of Milan Rastislav Štefánik in Košice, which has been a prestigious educational institution in Europe and in the world providing university education for pilots and air operating personnel for over 30 years.

Košice, with 234,000 citizens, is the second largest town in Slovakia after the capital. It is situated in the eastern part of the country, close to the border with Hungary (20 km) on the south, Ukraine in the east (80 km) and Poland in the north (90 km). The town is located in the valley of the River Hornád; from the west it is surrounded by the Slovak mountain. Košice is Eastern Slovakia´s cultural, industrial, commercial, administrative and scientific center. Slovakia´s second largest city is a historic treasure trove, as well as a lively melting pot of nationalities. The Old Town´s pedestrian – only cobblestone – Main Square is lined with baroque and neo-classical mansions. In fact, Košice has the largest preserved urban area in the country. It also has Slovakia´s most beautiful cathedral in the middle of the oval-shaped Main Square. Košice was European Capital of Culture in 2013 and was awarded with the title Košice – UNESCO Creative City, City of Media Arts. More on www.kosice.sk.

Symposium participants are responsible for making their own hotel arrangements. 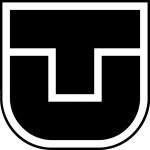